This unique tour will allow you to visit two coasts of Baikal – western and eastern – and to see the differences in culture and customs of Buryats in Buryatia and Irkutsk region.
In this fascinating tour you will see various sights of Olkhon island, Irkutsk, Ulan-Ude and the nearby vicinities.
Acquaintance with Buddhist temples and shamanist shrines will allow you to create the full picture of surprisingly exciting life of people, living at both shores of Baikal. 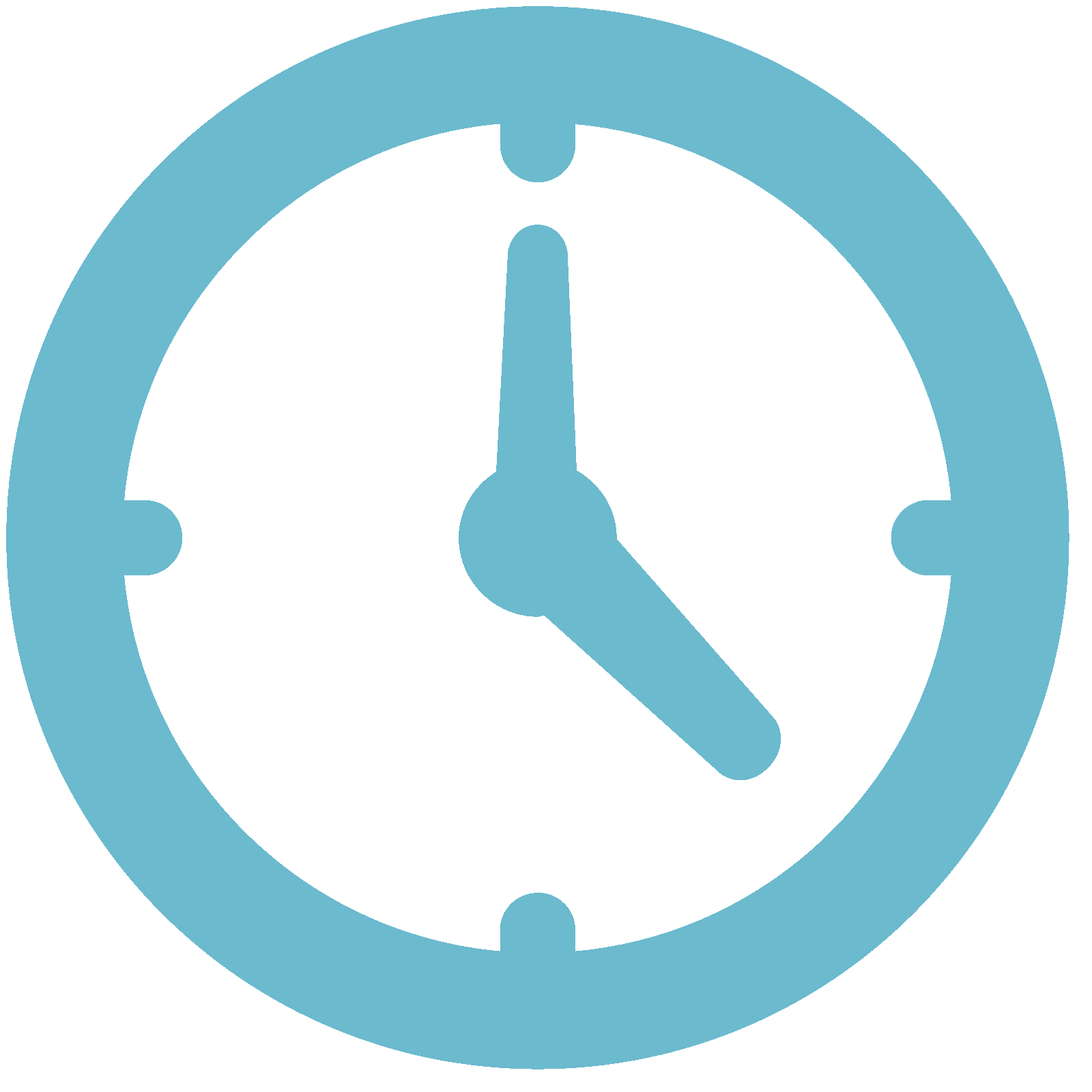 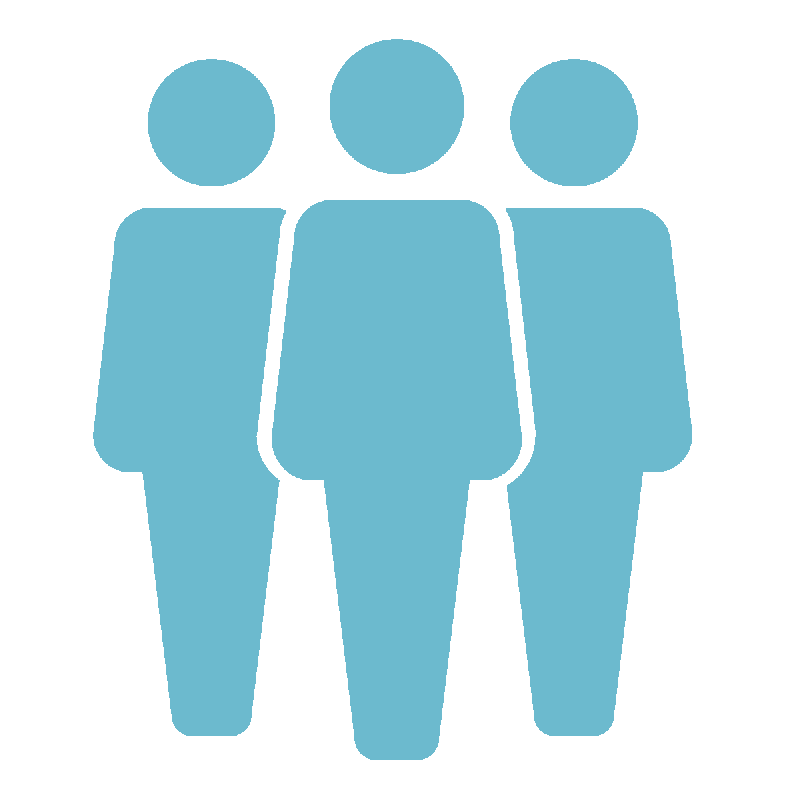 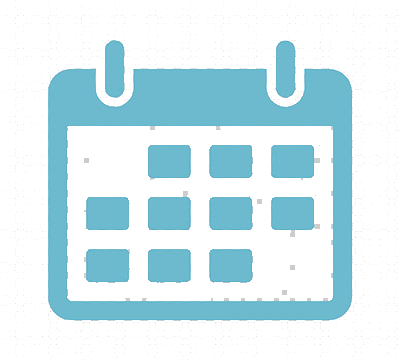 After short rest in the hotel or at the nearby cafe we will go to the sightseeing tour, during which there will be an opportunity to get acquainted with the main attractions and places, characterizing various historical milestones of formation of the capital of Eastern Siberia: place of foundation of the city, Moscow gate, Church of the Saviour, Angara River Embankment, Znamensky Monastery, Karl Marx Street, 130 quarter. You will get acquainted with the city and get convinced that it has its own highlight.

We will visit also places of modern realities of our city, go to the central market, and I will give you recommendations on all local Siberian and national delicacies. You will absolutely for sure find what to take with you as gifts after returning.

Then we will have an opportunity to explore evening Irkutsk. We will go for the excursion along evening Karl Marx street, and we will glance into local cafes to try the tastiest dishes and drinks.

Today we will go for the fascinating excursion in the museum of wooden architecture of Taltsy and the settlement of Listvyanka, which is located at the coast of Baikal in 70 km from Irkutsk. We will see the unique constructions of ancient Ilim fortress, which survived till nowadays, and which are now more than 300 years. We will glance into Buryat yurta and we'll learn a lot of things about its configuration and household items of local population.

In Listvyanka we will learn to welcome Baikal according to all rules and customs, we will visit Baikal museum with inhabitants of aquariums – the legendary omul, grayling and seal. We will glance into Saint Nicolas church to admire the collection of ancient icons.

After breakfast we'll go to the center of Baikal, Small Sea Strait. All our way will pass across historical lands of the Buryat people. We will drive old villages, see remains of the Buryat yurtas, flocks of sheep and horses.

On the way we will stop to have dinner in one of roadside cafes, and as the most favourite delicacy is Buuza – the Buryat traditional dish, you'll learn a lot of things about the process of its cooking.

In the second half of the day we'll arrive in the settlement of Huzhir, which is the main thing and the most inhabited settlement of the island. After tasty dinner we will walk to Shamanka rock, which is a local attraction and a shrine. Here according to the legend, the most important spirit of Baikal lives. You'll learn many beautiful and fascinating legends about the island, about the lake and locals.

Today you will go for the surprising excursion to the most northern part of the island, where it is possible to see the main landscapes of the island, to see its western and eastern sides and to enjoy unforgettable open spaces of Baikal.

You will drive through steppes, you will see picturesque bays with blue transparent water and small islands of unusual shape, stop among aeolian sands, you will observe a fascinating distance of boundless coast of Baikal from high mountains of the Olkhon coast and, at last, enjoy a tasty picnic in the shadow of the hospitable wood. Your way will lie across the territory of Baikal National Park, through the untouched nature, a large number of plants, clean air and plenty of new impressions

The driver will cook tasty lunch for you on fire. Usually it is fish soup, tea with sweets.

The excursion consists of two parts.

Part I. Ogoy island, Enlightenment Stupa. It is the biggest island in Small Sea Strait, and it is famous for the Buddhist Stupa, which contains a statue of the Female shape, the mother of all Buddas. As there are numerous relics and values are put in there, locals believe, that the more you will walk around it, the quicker your wishes will come true. This place really has special power and attracts a large number of pilgrims.

Part II. Sacred sources of Surkhayta. Then we will go to to the sacred spring, situated at the mainland. We will also enjoy the breathtaking views of the mountains and the lake, opening from the hills. Water from the springs, according to local beliefs, has curative properties thanks to the silver microparticles, and it is very healthy for digestive organs.

After returning we go to the local ethnographic museum, where you will be able to get acquainted closer with the life of local population, to learn about what was in the territory of the settlement earlier/ You will also see the beautiful collection of local masters and artists.

After lunch you will have some free time and rest before long and breathtaking travel to Buryatia.

It is possible to sunbathe at Saraysky beach, to ride bikes, breathe fresh air in the clean coniferous forest.

Today we will have a busy day - the way to solar Buryatia.

In the first half of the day - transfer to Irkutsk.

Landing to the evening train Irkutsk-Ulan-Ude, and then the fascinating trip to the capital of the Sunny region -that's how they call this place because of the open-hearted and smiling people.

Visit of the Ethnographic museum of the people of Zabaikalie - one of the most interesting museums of Buryatia. The ethnographic museum is an open-air complex of constructions. In its territory houses and estates of the last centuries are kept. Real dwellings of local tribes and people, original tools and ancient household items. In the museum the atmosphere of far days, unique tenor of life of ancestors remained. You will be able to plunge into life of Cossacks, Old Believers, to visit a settlement of Evenks. There is even a church here.

Also we will visit the main temple of Buddhists of Russia - Ivolginsky datsan. We'll examine constructions of the temple complex, talk to lamas, who are astrologers and tibetologs. We'll have dinner at the territory of datsan - in yurta, where you will be offered national Buryat dishes - buuza, and you will have dinner at the restaurant in the city.

All this day will be calm, so that you could restore after the trip.

At the entry into the Buryat village there is a mountain "The sleeping lion". Outlines of the mountain are very similar to the sleeping lion. Its head with the shaggy mane is lying on paws, the strong back is visible, and the road at the slope is similar to the lion's tail. The mountain is totally covered with rare plants, many of which are included into the Red List. At the foot of the mountain there are a lot of funny gophers.

From the top of this mountain, the small, but very similar to the Lion, there is the most beautiful view of Selenga, the biggest river flowing into Baikal.

In the evening late transfer to Ulan-Ude, accomodation in hotel, dinner, rest. We will also have a sightseeing evening tour along the center of the capital of Buryatia, we will walk along all local cafes and bars, as Ulan-Ude is famous for the bright night life, and totally changes in the evening. Only Opera and Ballet Theater is worth seeing in the evening, while it is shining with all colors of the rainbow in night-time

Breakfast at hotel. Rest. Transfer to the airport or the railway station.

Price of the tour
Количество человек в группе
Cost in dollars per person
from 1 600
Price includes:

- Rent of passenger vehicle during the excursion across Irkutsk on day 1, during the excursion to Listvyanka on day 2, during the whole program in Ulan-Ude
- Transfer Irkutsk-Olkhon (Huzhir) - Irkutsk
- Services of the guide for 10 days
- On day 1 automobile sightseeing tour of Irkutsk;
- On day 2 the sightseeing tour by car along the village of Listvyanka;
- On day 4 excursion to cape Hoboy (Olkhon) in the group;
- boat excursion to Ogoy island in group on day 5;
- train ticket Irkutsk-Ulan-Ude;
- meals according to the program (breakfasts, dinners)
- Accommodation in the standard furnished rooms (2 nights Irkutsk, 4 nights in the item Huzhir (Olkhon), 4 nights in Ulan-Ude)
- Tickets in Taltsy museum, Baikal museum, the cablecar for Chersky's stone, the ethnographic museum, etc 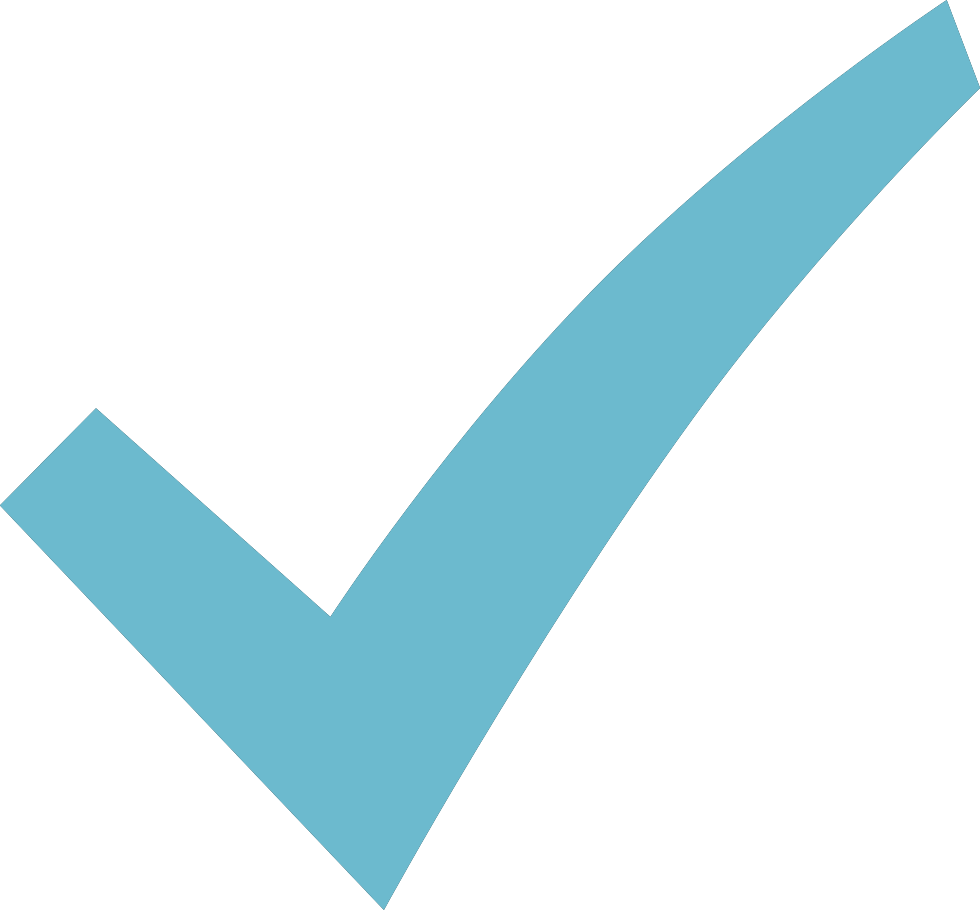 - individual transfer Irkutsk-Huzhir - Irkutsk (surcharge is possible, the price should be specified at the manager)
- lunches
- tickets into the museums, not specified in the program 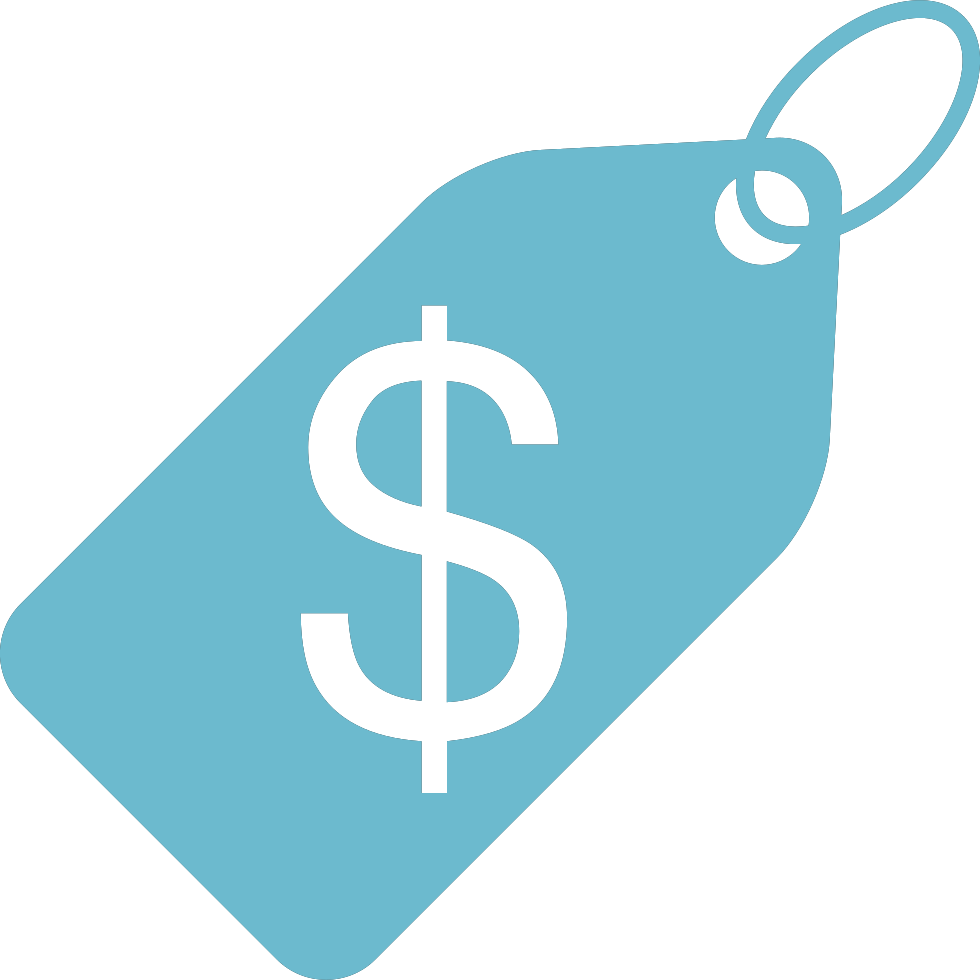 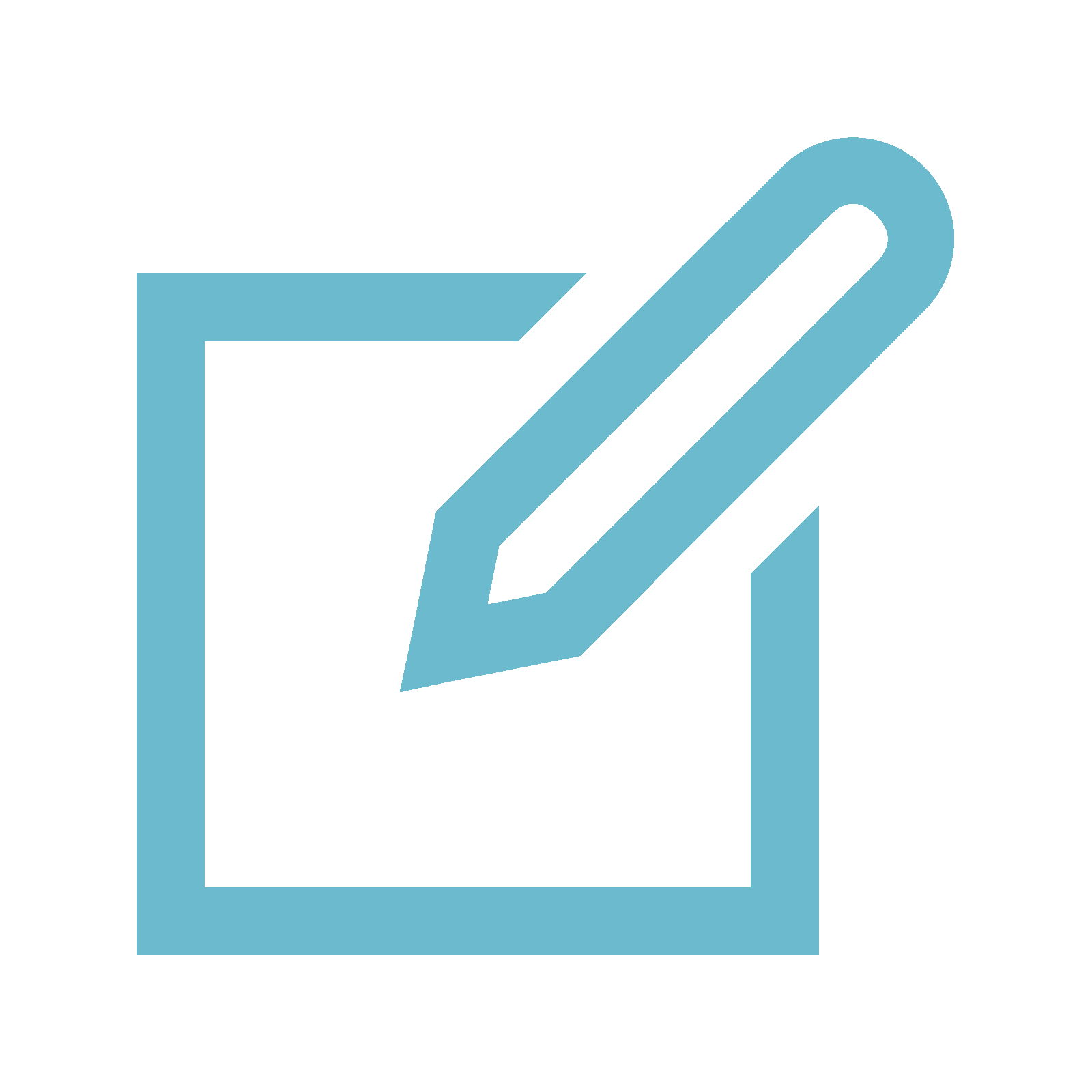 Always happy to help you finding the best tour 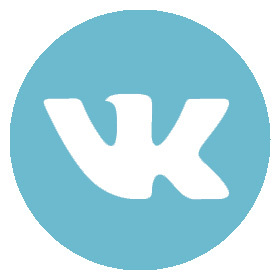 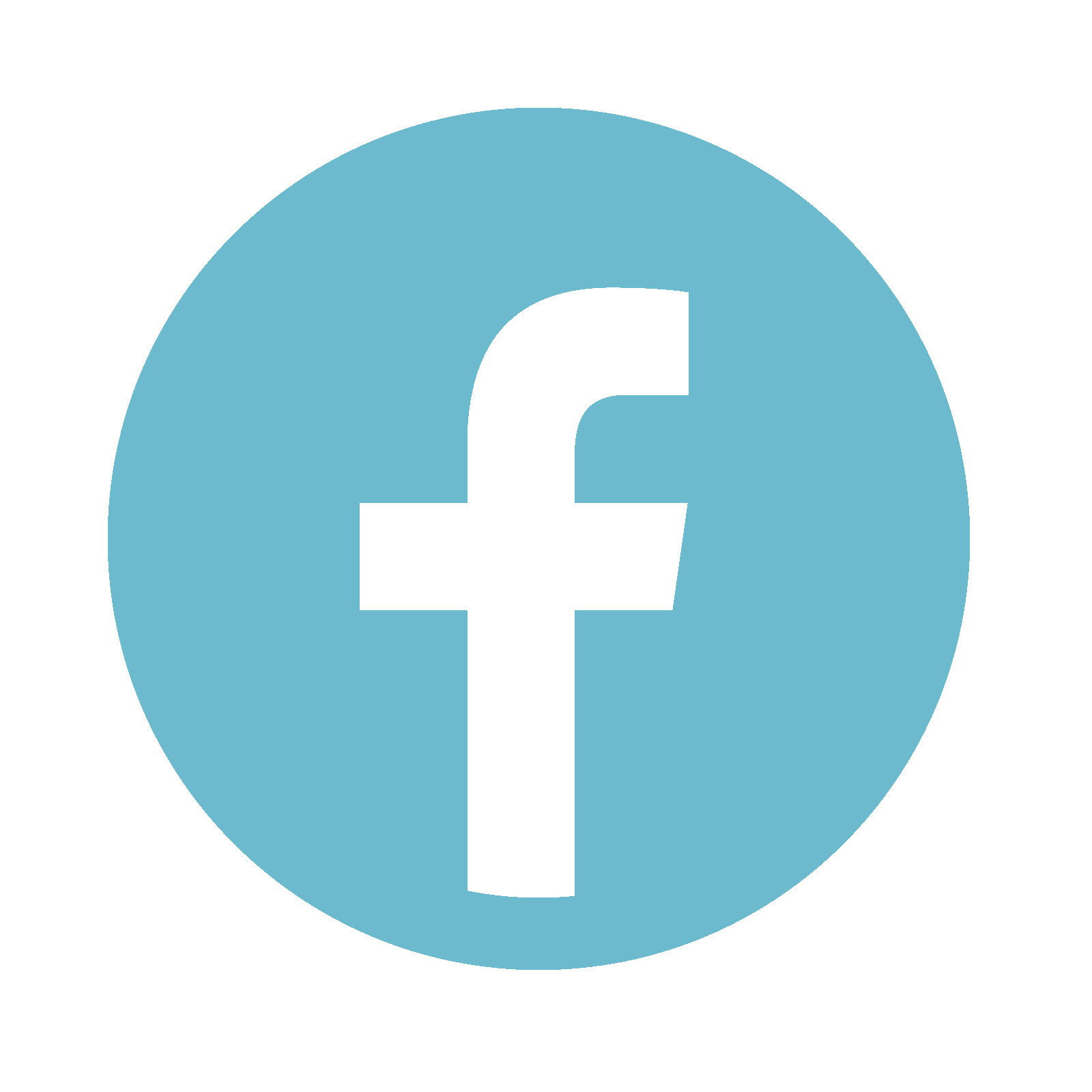 Guide and travel agent at Baikal